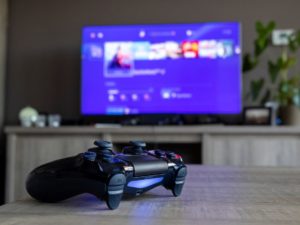 And we will be installing this software:
PS4-Waker, NodeJS

You’ll probably want to wipe your spare phone first for a fresh start. If so, go ahead but then setup the same Google account that you use with your Home assistant. Also, connect it to the same router as your PlayStation 4.

Ill explain how to get PS4 credentials by installing NodeJS on a computer with Windows 10. There are many guides on the web for doing this in Linux and Mac, wich is probably easier.

Part 4 – Setting up a script for Tasker

Now that we have the credentials on the correct place, lets try to see if it is working and then lets make a script to execute commands later on from tasker

Part 5, Get tasker to execute the Termux script

Now that we know our script is working, its time to install and setup Tasker and the Termux plugin for tasker. Please install the plugin from the same source you installed Termux from. Also install Youtube on your PS4 if you dont have done it already, we will use it to test.

In order to execute commands from your google assistant to tasker.. you will need to either use IFTTT or AutoVoice.

Ive make an aditional guide for AutoVoice here. (Recommended since its instant)

Ive made an aditional guide for IFTTT here. (Can have some delay since push notifications are not always that fast)

Thats it. You just added Google Home Assistant voice commands functionality to your PS4 thanks to that old device youre not using anymore for free or for almost free. Create as many commands as you want to put your PS4 to rest or to open your favorite game… or integrate it into a full automation solution via Google Home app routines to turn off the lights, close the curtains, turn on the PS4, start Netflix and bring you popcorn..  if you own the hardware that is. IFTTT also supports Alexa, so, even tho I do not own an Amazon Echo to test it myself, im pretty sure its very simple to get it working aswell.